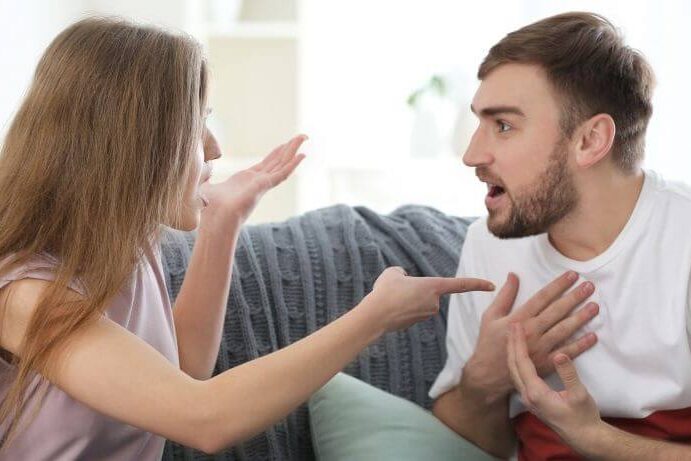 Lots of people dread experiencing conflict in their relationships. Many of us go so far out of our way to avoid conflict that we don’t know how to begin dealing with conflict. This is especially true when conflict comes up in relationships you really care about. We don’t want to imagine something changing our relationships, so we do our best to avoid it. When we don’t know how to deal with conflict, though, we run the risk of damaging our relationships without knowing how to repair them. Even though it is no fun to think about fighting with someone important to you, figuring out how you’ll respond to conflicts is a big part of being in any kind of relationship.

In order to experience conflict, you have to be vulnerable to a certain extent. Not everyone feels comfortable enough to do this, or they are afraid to bring up how they really feel out of fear that they’ll start the conflict. However, keep in mind that conflict can teach us how to be honest with one another and advocate for ourselves. Taking away the pressure to agree with each other 100% of the time can actually be really freeing in relationships. If you’re always swallowing your feelings to protect the other person’s emotions, eventually you will start to feel resentful.

It’s also helpful to remind yourself that conflicts can be resolved, and you can change your approach to conflict so that it’s not always as painful. Here are some tips to help handle relationship conflicts:

Instead of looking at a conflict as “me vs. them”, look at it as “us vs. the problem” instead. That way, you can remind yourself that you’re really on the same team, even if you disagree with each other sometimes. Even when you really disagree with someone, there’s a reason they are in your life. Remind yourself that your relationship with this person is important to you, even if they’re making you upset right now.

Try not to get defensive

It can be really hard to hear someone you care about say critical things about you. When this happens, do your best not to get defensive. We all feel defensive, so don’t shame yourself for feeling that way. Just remember that when that feeling comes up, you don’t need to act on it. Instead of geting defensive and making the conflict worse, do your best to see where the other person is coming from.

Don’t beat around the bush. A lot of us try to sugarcoat things or make something easier for the other person to hear instead of coming out and saying how we really feel. Being direct leads to less miscommunication during a conflict. Conflicts can only be effectively resolved when everyone is saying what they really need so to solve the problem.

One way to make people feel less defensive in an argument is to use “I” statements instead of “You” statements. Instead of saying to your friend, “You always blow me off whenever we make plans!” say “I feel like spending time together isn’t a priority for you when you cancel our plans. Can we figure out a way to spend time together that we can both stick to?”

Take a break if you need to

Sometimes, you can’t resolve a conflict in a single conversation. It’s okay to take a break in the middle of a conflict to cool down or to get some space. If someone requests space in a conflict, make sure to respect that and give it to them. We all have different ways of coping with intense feelings, and stepping out for a bit to clear their head or figure out how they want to respond is perfectly fine.

Own your own role

There are usually two sides to every conflict, so it’s important to own the part you played. What is the other person saying? Is there any truth to it, even if it’s hard to hear? When you can admit responsibility for the role you played, you can start the healing process.

If a conflict is getting really heated, repair attempts can go a long way toward making both people feel cared for. A repair attempt is an action to defuse some of the tension and stop conflicts from escalating. Repair attempts can be verbal (like making a joke) or they can be actions (like asking if you can hug the other person). You can also attempt to repair things after an argument, which can help with repairing the bond you feel with theo ther person. A big part of using repair attempts is admitting your role in the conflict, so keep that in mind. If you keep getting stuck back in the positions of your original conflict, you will have a harder time moving forward from the conflict.